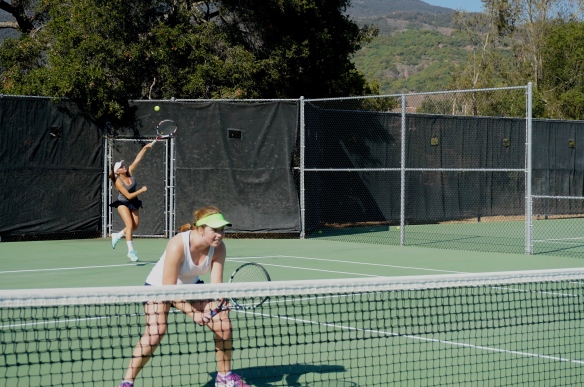 For the second year running, pre-season was a welcome indicator that a new, invigorated team mentality is taking hold at Cate. Now in my 13th season as a high school coach, I don’t think I’ve ever seen a team come back so ready to pick up where they left off nine months earlier. We even got a visit from alum Victoria Herman, who jumped right into play without missing a beat.

In addition to a good level of readiness, the girls’ team will benefit from the addition of a new assistant coach, Sara Scott. Now a mother of two, living in the Santa Barbara area, Coach Sara brings a wealth of experience as a top-ranked junior player and successful D1 athlete (she played four years for the UCLA Bruins).

On the purely physical front, Coach Erik Hansen has made some nice modifications to his fledgling strength and fitness program at Cate, a movement-based program rooted in cutting edge concepts used by professional athletes. We will be availing ourselves of his knowledge on a weekly basis and hope to make strides towards a higher level of athleticism throughout the course of the season.

Leading us on-court will be team-captains Julia Gan and McKenna Madden. The pair have been our top players for three years now and are gunning to finish off their time at Cate with some big results. In addition, our other two seniors, Emma Liberman and Cecelia Sanborn, bring tremendous enthusiasm and team spirit, serving as our anchors in the doubles lineup.

Moving up from last year’s JV team, Janice Ng proved that persistence pays off. I was extremely pleased to find her game much improved at tryouts this pre-season. It’s clear that Janice has put a lot of work into her game this summer and it has paid off!

In our traditional first match of the season, we drove out to Ojai to play Villanova Prep School. After picking up the 15-3 win last season at home, I was expecting us to do well, but the result this season was even more impressive.

Winning a match without dropping a set is always a difficult feat, but we only dropped 15 games across those 18 sets of play.

In singles, Julia Gan and McKenna Madden made quick work of their opponents, and Janice Ng, playing in her first varsity match, held her nerve beautifully for an impressive sweep in singles.

Doubles featured some familiar pairings in Summer Christensen/Eva Herman and Emma Liberman/Cecelia Sanborn. Both teams were dominant, swarming the net and playing strong tactical tennis. Freshman Sarah Polowczak partnered with both Maki Kobayashi and Madeleine Nelson, bringing an intensity at net that will certainly make her a feared competitor.

While the girls were away visiting Yosemite and Sequoia National Parks (among other places), I was in-between them in the Ansel Adams Wilderness, doing a little backpacking of my own. Let me tell you, camping at 10,000 feet up is a dizzying affair! After a week on the trail, we return to practice today and I cannot wait to get back into it!

I’d also like to mention that one of our own spent her week being courted by a number of D3 and D1 tennis programs. Julia Gan made several recruiting trips to schools such as: Lafayette, Kenyon, and NYU. It looks extemely likely that we’ll have a Cate and Thorpe Tennis alum playing NCAA tennis next year!

For those interested in following us throughout the season, I will be doing occasional updates here at Thorpe Tennis, so be sure to add your email to my updates list (top right side-bar). In addition, you can find our season schedule on the Cate website here. Now, I leave you with some photos from our pre-season practices: 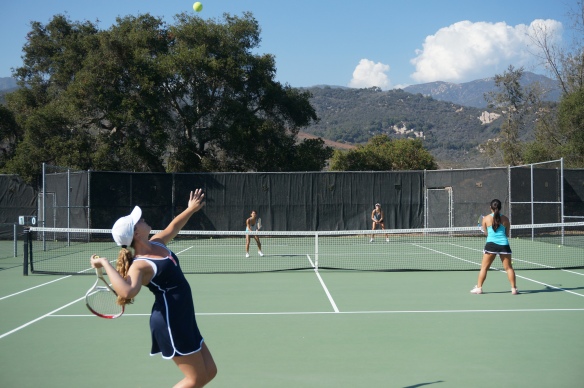 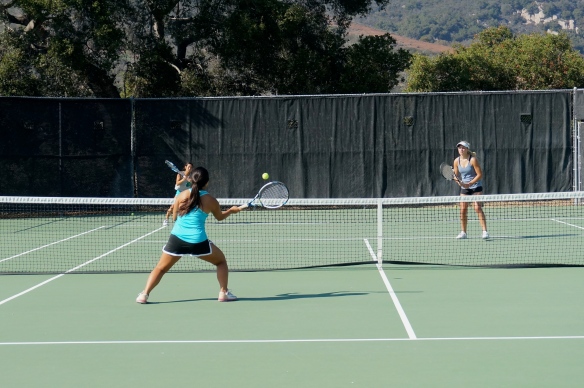 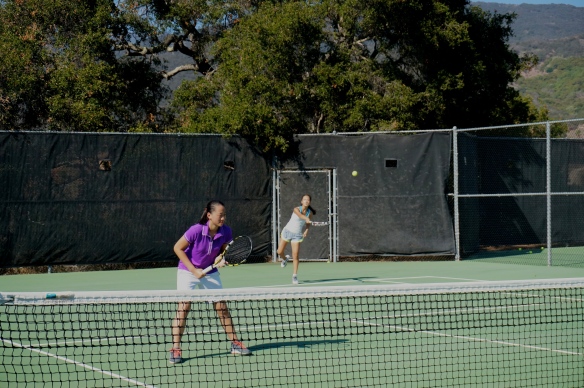 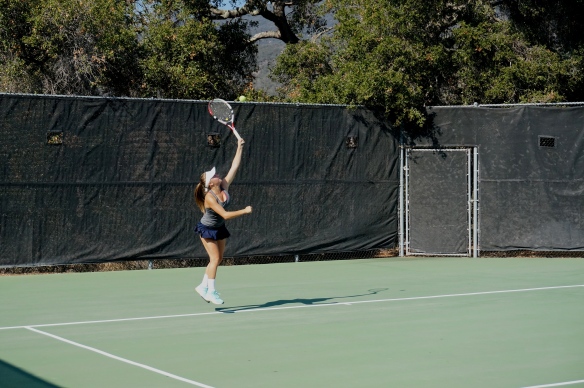 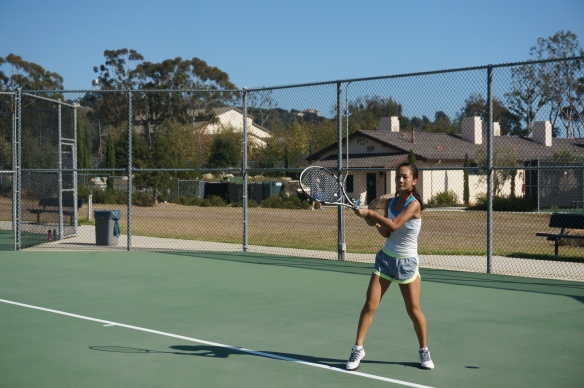 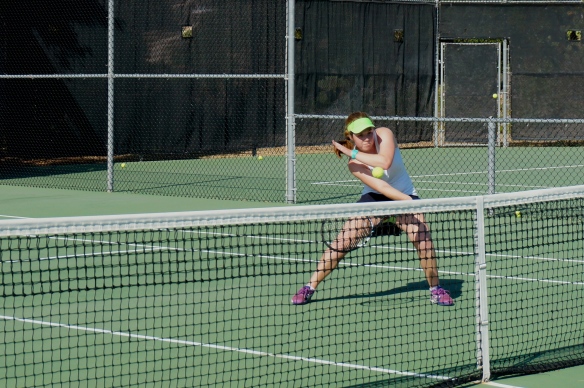 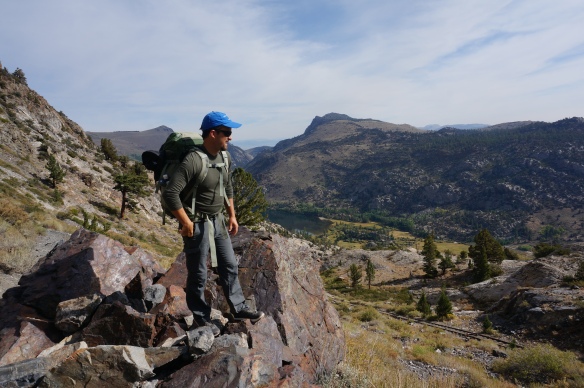