Yesterday, Cate finished the regular season with a 17-1 victory over Laguna Blanca, despite substituting our top three players out after round one. The team finished with an 13-1 record (8-0 in league play), but today, we took this incredible season to another level.

In addition, the two best players and doubles teams will advance to CIF Individuals and Cate has earn three of the four spots from the Tri-Valley League (two singles, one doubles).

In doubles, Summer Christensen and McKenna Madden lost a tough 6-1, 6-2 match against the two-time defending champs to earn All-League 1st-Team Honors. This is a first for Christensen, while Madden has earned a spot in CIF Individuals for the third time (once in singles, twice in doubles).

Eva Herman and Janice Ng won their match for 3rd place in league and All-League 1st-Team Honors, meaning they will be the alternates for the Tri-Valley League should another team be unable to compete.

Finally, seniors Emma Liberman and Cecelia Sanborn, who recorded a 17-4 record in league play, have been awarded All-League 2nd-Team Honors in their final season together at Cate.

Cate will play a first round CIF Team Playoffs match on Wednesday at 2pm (opponent TBD). Gan, Cai, Christensen, and Madden will continue on individually at CIF Regionals on Monday, November 23rd.

Here are your Cate individuals results one more time: 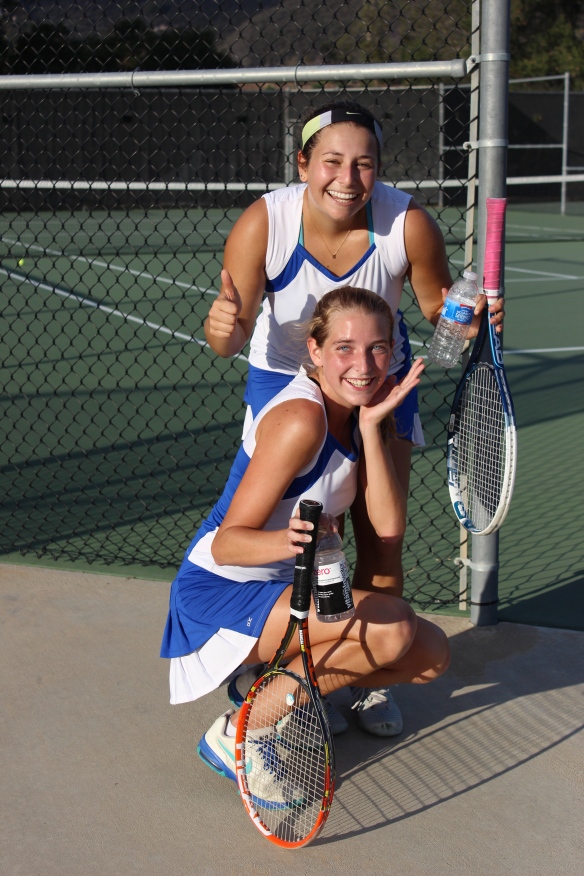