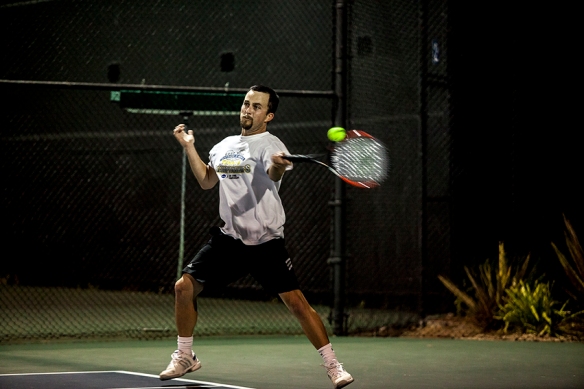 Over the weekend I had the rare opportunity to play a USTA men’s open tournament for only the second time in the last five years. I got a good draw and built on each win, stepping up my game as the opponents got more challenging, and by the end of the weekend I had won three matches and booked a ticket to the finals. Here’s the recap, including a play-by-play of the finals match, with photos courtesy of Les Morales Photography:

I had planned to play this tournament months ago, but had been hesitant recently about having entered, considering my lack of match-play over the last few years. After a good showing at the Redlands alumni match, and with the promise of a tournament that would be over in one weekend, win or lose, I decided to go for it.

Somehow, I managed to get seeded #4, which helped with the draw, and as the tournament went on I played progressively better players. I found this to be helpful, because I was able to work my way up to full speed without pressure and by the time I reached the finals, I was ready to play my best. 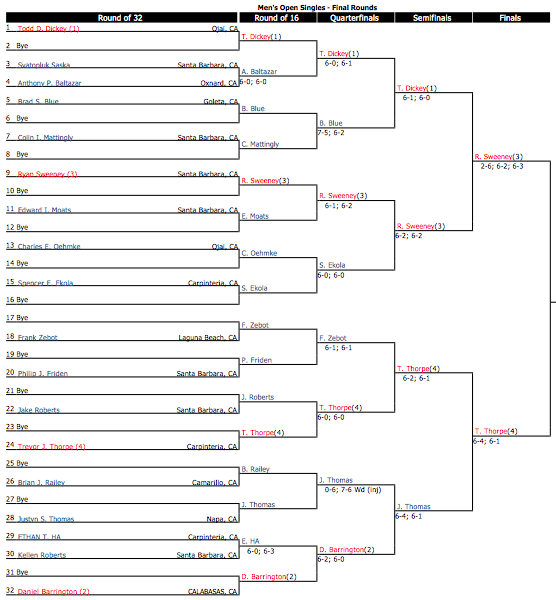 I’ve played Ryan Sweeney, my finals opponent, a couple times in Santa Barbara Interclub during the summer doubles season, but this was my first time playing him in singles. He currently plays #1 for Santa Barbara Polo Club and I play #2 for the Barbarians in SB Interclub Singles League, so I knew I had my hands full. 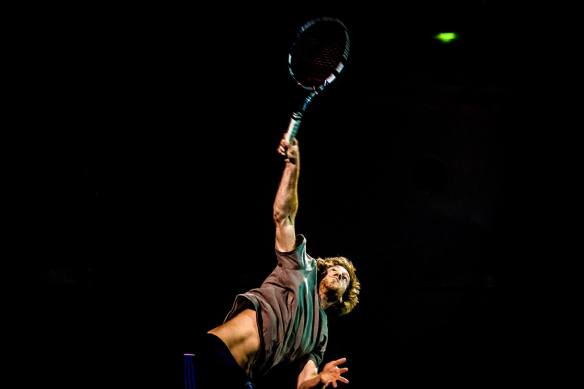 Ryan is known to have a powerful serve and an absolute cannon of a forehand, which is why most people’s advice for playing him is to avoid the forehand side. I decided, instead, to test the forehand from the beginning of the match. My goal was to take him off his normal game by playing aggressive to his dominant side, because he probably doesn’t see that often. 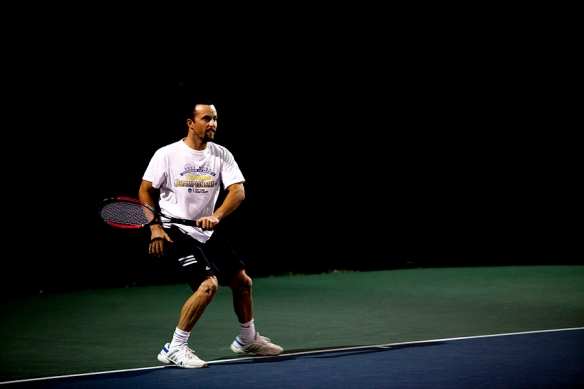 In the first set, I managed to do just that, and broke his serve to go up 3-2. From there, we continued to hold serve the rest of the set and, after having at least five or six opportunities to close out the set on serve, I managed to finish the first set 6-4. 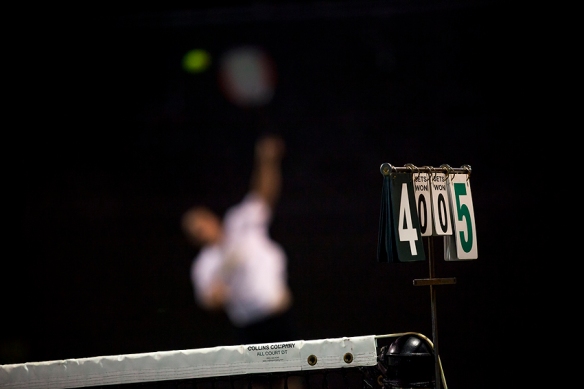 I came out of the gates well in the second set, breaking again to go up 2-1, but Sweeney came back with a break of his own and then we continued on-serve until 3-4. From that point, it was all Sweeney, as I failed to win another game. I will say that my back was not cooperating at that point, but whether that affected the final outcome I really don’t know. 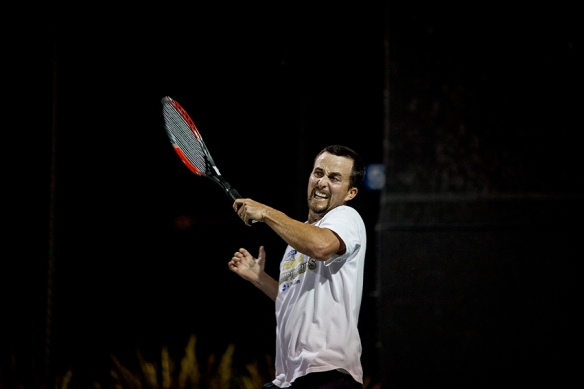 What I do know is that two guys gave it 100% last night, and Ryan Sweeney came out on top. He’s an incredibly strong player and a real stand-up guy so I’m very happy to have played this match against him. I’ve found that I play my best tennis when I’m playing a fair opponent and my goal is simply to play to the highest level I’m capable of, win or lose, and I think last night I was able to do that. To me, playing the best you can is the ultimate goal, so I am tranquil0. 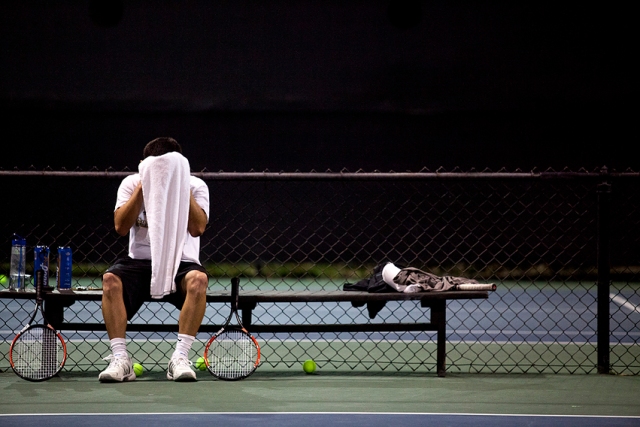 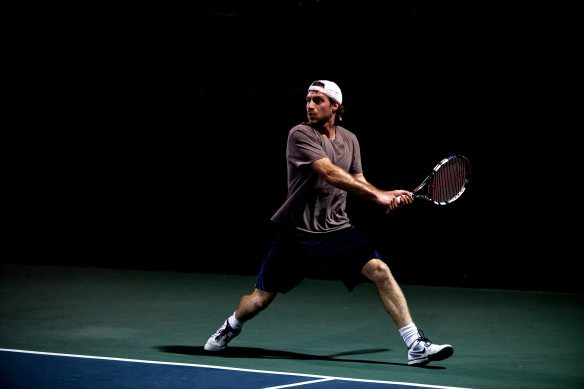 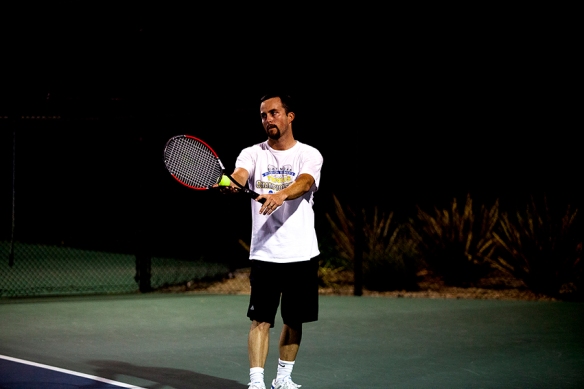 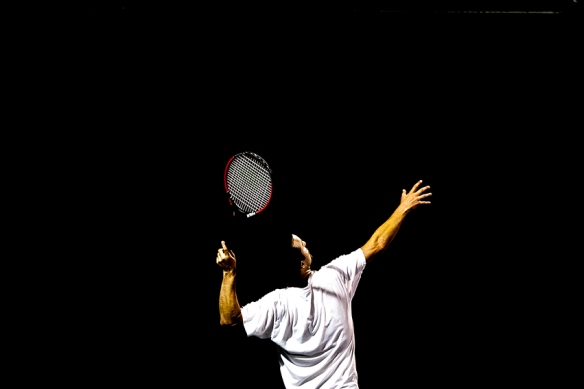 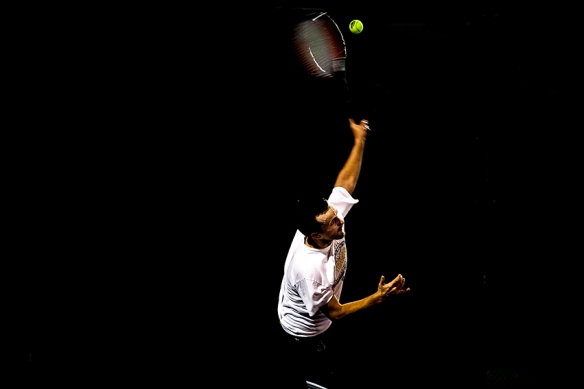 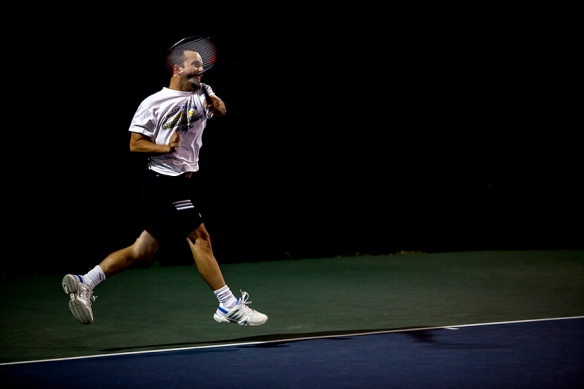 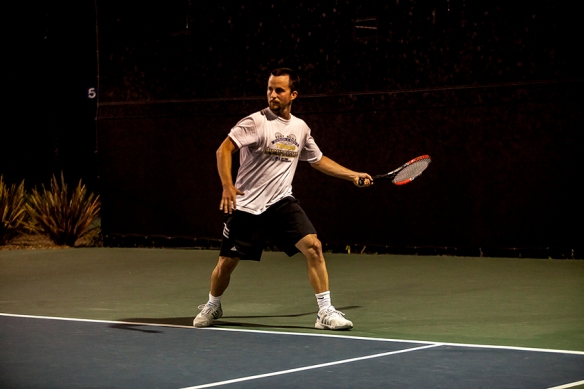 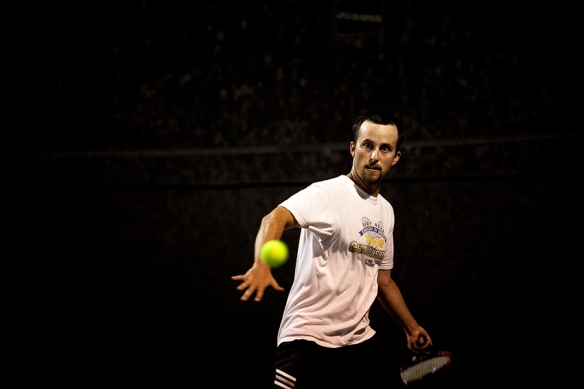 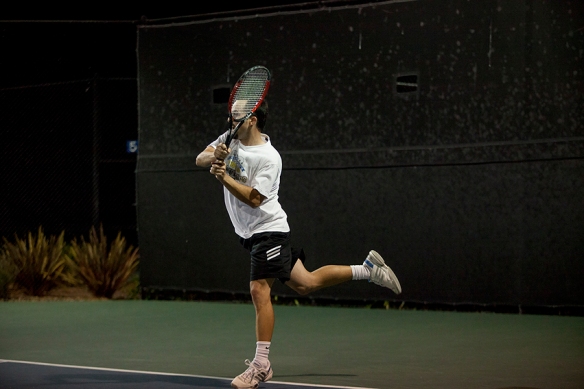 If you’ve made it all the way down to the end, you’re probably thinking, “wow, that Les Morales can take a photo,” and you’d be right. Here are his other contacts: