Doubles made a clean sweep of Besant Hill today, with the teams of Martin Barnick/Dalton Smith and Henry Farrell/Conrad Perry recording finish 3-0, while Phillip Hicks partnered with Thomas Sloan for two wins and a third with Max Mayrock.

Though both Atty Roddick and Connor Elmore came away winless in their first singles play of the season, they put in encouraging performances. Roddick, the most improved player of last season, has continued to show significant progress in his game and Elmore, having just begun playing after several years away is making big strides every week. 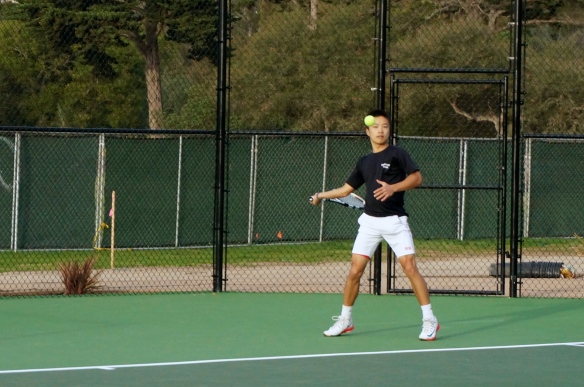 Ben Furukawa led the charge for Laguna in singles with three 6-1 wins, pushing his record to 8-1 on the season. Furukawa has been holding down the fort in singles while good friend and fellow senior captain, Tristan Prinz, has been recovering from a severe ankle sprain sustained during the soccer season. Prinz has been making good progress and is looking probable to make his season debut on Friday against division rival Redlands High School.

And now, your moment of zen: