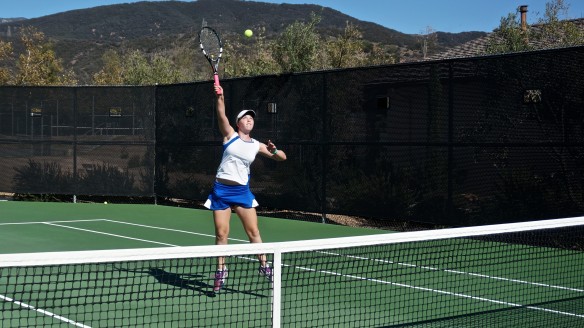 Cate School faced Murrieta Valley yesterday in the CIF D2 Quarterfinal Round and, sadly, we came out on the losing end (4-14).

Murrieta Valley had too much firepower in singles, sweeping all nine sets. In the first round, it looked that Julia Gan was going to work her magic one more time, going up 3-0 against Jovana Kuljanin, who is ranked #148 in the country and will be playing D1 tennis under scholarship next season. In the end, Gan fell 5-7 in a very close set. From there, it was all Murrieta Valley in singles.

In the end, we just came up against a stronger team. There’s nothing more we could have done. My girls made me very proud today, not just in the way they battled, but also in the way they carried themselves. The Murrieta Valley coach remarked to me that our team was the nicest and most sportsmanlike opponent they had faced all season. I can think of no better way to face this defeat.

For Julia Gan, Jackie Cai, and the doubles team of Christensen and Madden, the season isn’t quite over yet, with CIF individuals still ahead at the Cate School on Monday, November 23rd.

For those of you who are interested in the quality of opponent we faced in this match (besides the fact that their school is 12-times the size of ours), here are the top 5 players from Murrieta Valley, who combined to win all 12 sets they played: Jovana Kuljanin, Alana Andrews, Faith Pearson, Kelsey Lajom, Ashley Nishimoto 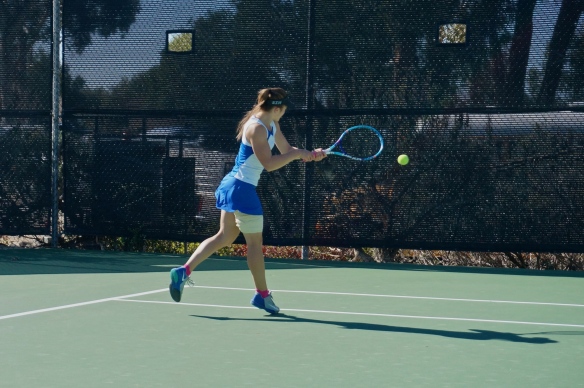