Cate girls’ tennis moves to 7-1 overall and 5-0 in Tri-Valley League play after an 11-7 victory against Thacher today.

Cate and Thacher both adjusted their lineups for the second matchup, but the result was the same, with Cate led by a dominant performance at the top two doubles positions. Summer Christensen and Sarah Polowczack, now 18-0 on the season dropped just a single game in three sets of play and Eva Herman/Janice Ng lost only three in their sweep of the Thacher doubles lineup.

Thacher’s Libby Kern had a remarkable day in singles, playing what Thacher coach Peter Fagan described as the best match of her life. Still, Cate managed to pick up five sets in singles, and freshman Carol Cai impressed on her singles debut by pushing Kern, a senior, to 4-6 in the final round of play.

We knew it would be closer than the 15-3 score we recorded in our first match-up. Basically every single close match went our way in that one, but today we showed what we can do even when up against the best Thacher could throw our way. They are the defending D5 CIF Champions and have only lost to us so far this year, so we take a lot of satisfaction from this victory.

Cate plays next on Thursday at La Reina’s home courts in Simi Valley before finishing up league play next week against Foothill Tech and Carpinteria High. 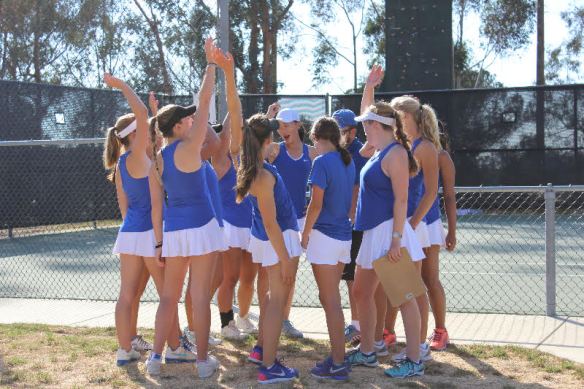 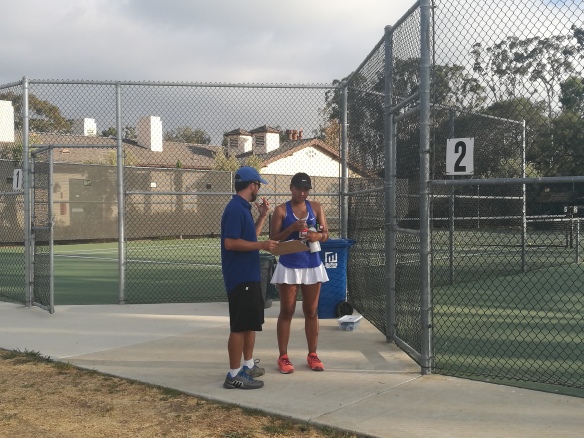