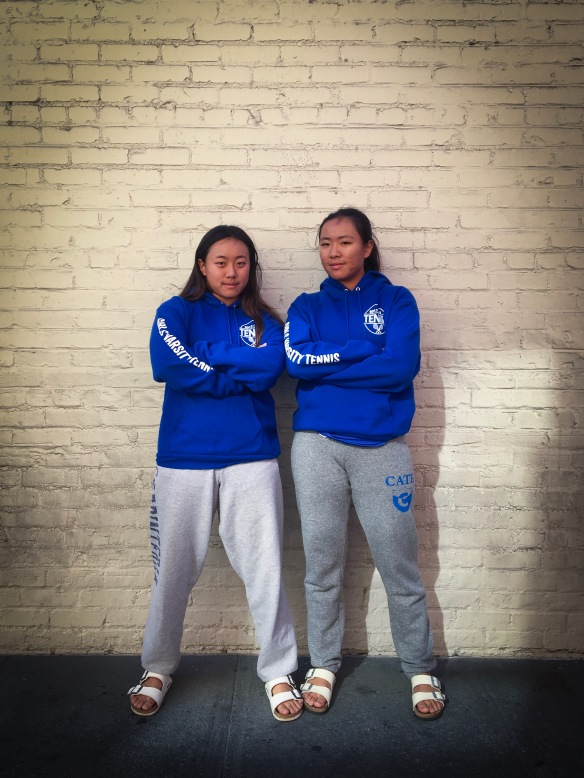 The Cate Doubles pairing of sisters Jackie and Carol Cai continues to push forward into uncharted territory in CIF Individuals.

After qualifying as one of four teams from our region last week, the Sisters Cai were one of eight teams competing today for four spots in the CIF Individuals Finals Tournament Round-of-16.

Cate’s opponent was a doubles team from Long Beach Poly who had two full seasons of experience playing together, but Jackie and Carol came out swinging. Carol Cai hit a number of down-the-line winners off returns in the early games and Jackie Cai served as though possessed. Despite strong resistance from the experienced Poly team, the first set went 6-1 to Cate.

The second set of play was characterized by holds of serve; twelve of them, to be exact. Though the Cai’s were always up, and had a few opportunities early in the set to break, the Poly team picked it up in the second half of the set and forced a tie-breaker.

Cate came out nervous in the breaker, dropping five of the first six points. Undaunted, the Cate duo regrouped and put on a show of doubles dominance, winning seven of the next eight points to capture the match in straight sets.

Jackie and Carol Cai will play again tomorrow morning at 10:30am at Seal Beach Tennis Center and, with a win, would play again later in the day in the quarterfinal round.

This is the first time in 9 seasons as a coach at Cate that any team or singles player has advanced this far in CIF Individuals play. It’s a rarity, particularly coming from a school with such a strong academic focus, but a sweet opportunity.

Jackie, a senior, seems determined not to let the season end and as luck would have it, she’s got the perfect partner in her sister Carol to keep the dream alive! 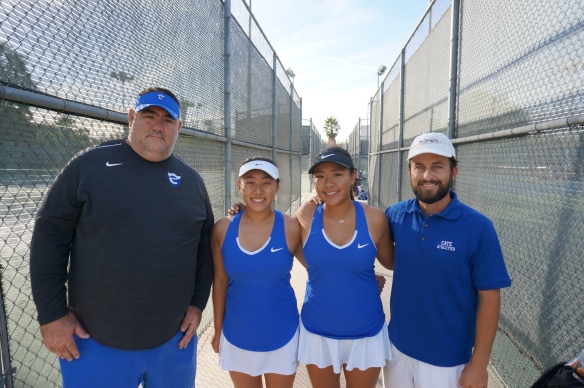 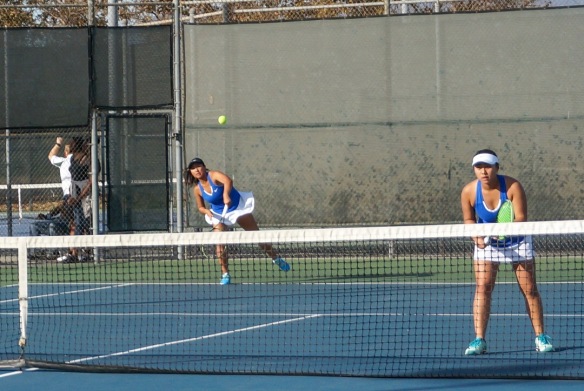