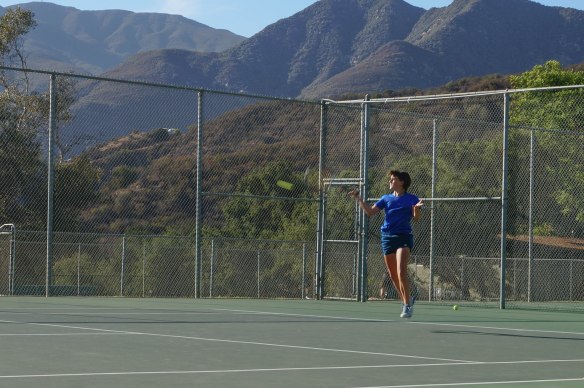 In the span of 48 hours Cate Girls’ Tennis has made great strides in the defense of our position as an elite Division 2 tennis team. Facing two long drives to away matches against tough opponents, we are now out the other side with two convincing wins and some powerful momentum.

On Wednesday, Cate played Santa Ynez High in the battle of the top two teams in CIF Division 2. Despite a 10-8 win last season, during my tenure at Cate, we are 1-5 against the always potent team up the San Marcos Pass, so confirming our change of fortunes with this win is something about which to be very pleased!

In singles play, Grace Fuss made quick work of 3-time defending Los Padres League singles champion Mary Kavaloski with a 6-0 win. Fuss showed that, despite it being a case of freshman against senior, she has the match-experience and determination to beat highly-rated players. 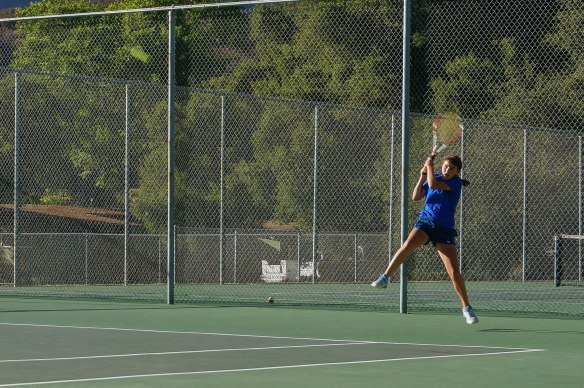 Cate was also dominant in doubles, winning 7-of-9 sets, including a sweep from Summer Christensen and Sarah Polowczak at #1. Eva Herman/Janice Ng and Carol Cai/Katherine Grossman each added two wins to the pile.

Two girls on our team remember our last match against Thacher, an 8-10 loss that drastically changed the outcome of our 2013 season. We came in 5-0 in league play, it was the last match of the season, and we cracked after having beaten them 11-7 in our previous match that year.

Then, as per Condor League rules, we did a coin-flip for the league title and lost that, too. In one afternoon we went from undefeated to second in league, which also affected our playoff draw. The win at Santa Ynez did nothing to placate our desire to turn that 2013 result around this season against Thacher.

Both teams came into the match undefeated, and Thacher was riding an 16-match win-streak that trailed back to their lone loss of the 2015 campaign exactly one year ago.

In the first round, it became clear that Thacher had done some tinkering with the lineup, playing their top singles player at #3 and stacking another singles player into the doubles lineup. This meant easy matches for our Grace Fuss and Jackie Cai, and a very tough opening round for Annie Lu at the #3 position. Fuss and Cai notched quick wins, while Lu showed real grit, keeping the true Thacher #1 on-court and on-the-move in a number of long rallies. 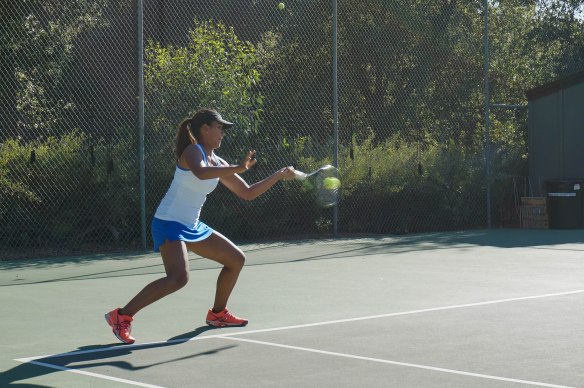 Doubles got off to another strong start, with Summer Christensen and Sarah Polowczak really hitting their stride as a partnership in a 6-0 victory over the Thacher #1’s. The other two doubles matches were much closer, but Carol Cai and Katherine Grossman held their nerve at #2 doubles to take a 6-3 victory. More than an hour into the match, Eva Herman and Janice Ng emerged from a tie-break set victorious.

The next two rounds were more of the same, with doubles winning five of the remaining six sets and singles taking care of business on that end as well. Jackie Cai was particularly strong against Thacher yesterday, dropping just three games in three sets of play and Kate Tunnell subbed in to take a nice win against a Thacher substitute in the third round as well.

In the last week we have beaten three tough opponents, all on the road, and have improved each step of the way. We will be looking to carry this momentum into our first home match of the season against our Tri-Valley rivals.

In our first two seasons playing La Reina, we have split our results 2-2. The matches have often been contentious and have always been exciting. On Tuesday at 3:30pm, we will look to tilt the series to our favor and cement our position as defending Tri-Valley League Champions. 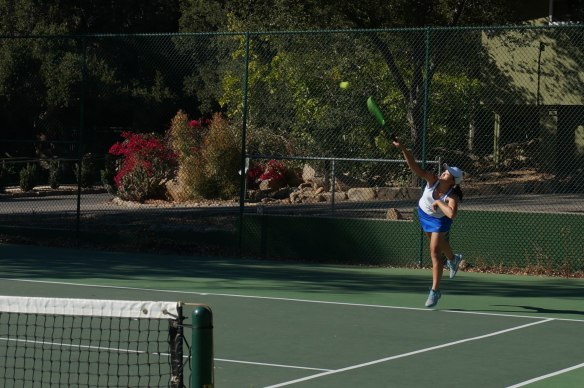 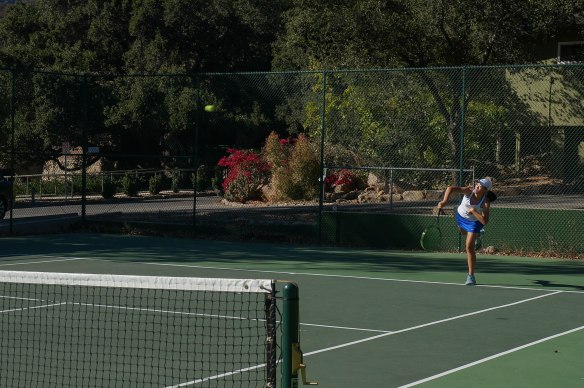 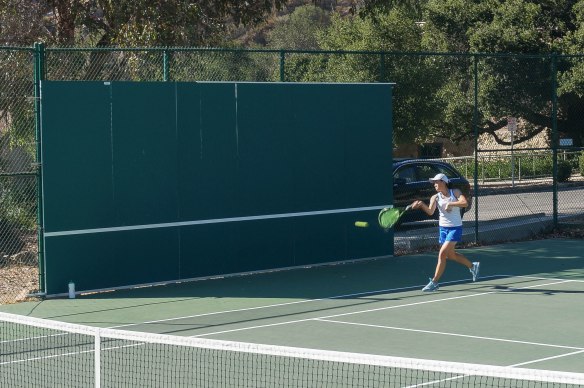 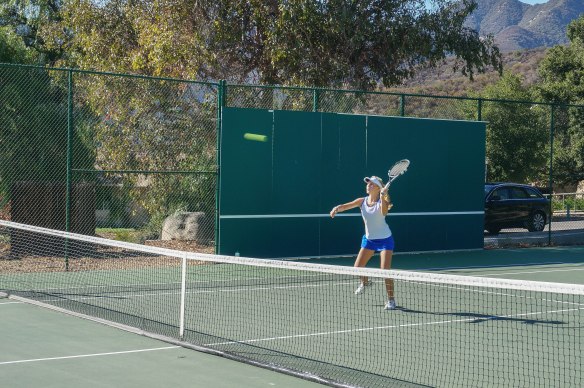 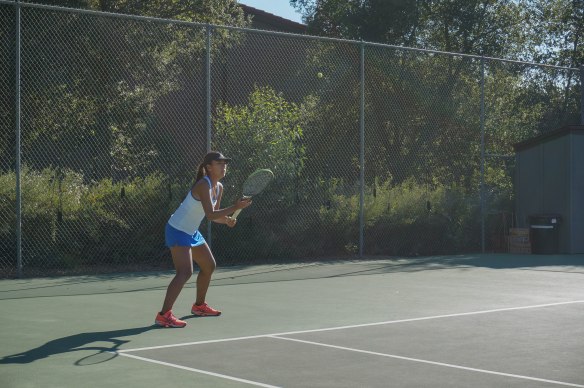 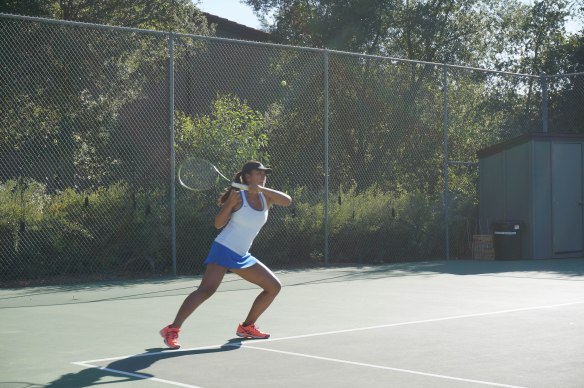 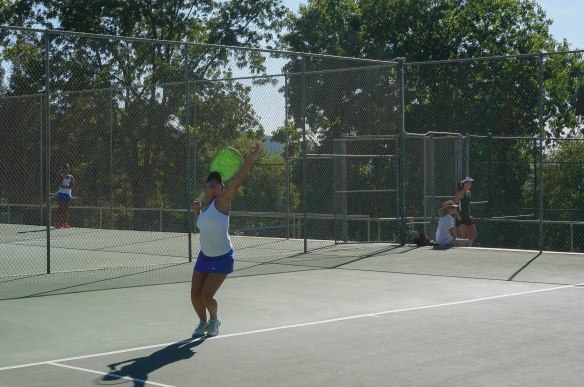